Sunday Times best selling author Simon Kernick gives his top five thriller suggestions for Father’s Day. The Hanged Man is out in paperback and his new book, Dead Man’s Gift, is released at the end of July by Penguin Books. 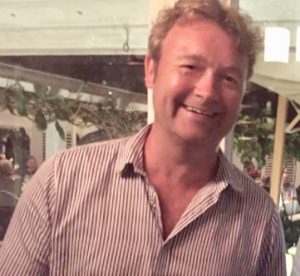 Tell No One by Harlan Coben  Orion publishing, paperback £7.60, amazon.co.uk

This very cleverly plotted thriller moves along at a hell of a pace, and was one of the first of ‘the ordinary person in trouble’ genre.
A husband is badly beaten and his wife murdered by a known serial killer (although her body is never found). She suddenly contacts him out of the blue eight years later to say she’s still alive, which sets off a chain of events that see him end up on the run, and being hunted by a pair of ruthless killers as he tries to save both himself and his missing wife.

Coben manages to keep the plot utterly unpredictable before revealing a final, brilliant twist at the end.

The Pledge by Friedrich Durrenmatt

A largely unknown, though immensely powerful, novel set in a small Swiss town in the 1950’s.
A detective is just about to move abroad to start a new life when he’s called upon to investigate the terrible murder of a child on her way home from school. He ends up making a pledge to the girl’s parents that he will find her killer and bring him to justice, whatever it takes, and it’s a pledge that ultimately destroys him.

There is no happy ending, but this is a dark, moving and deeply original tale.

Probably the most famous of all her books and certainly for me the cleverest.  It was written in 1926 and, for the first time, introduced the concept of the unreliable narrator.

Although it’s a murder mystery and features Hercule Poirot, it certainly doesn’t go the way that most Christie books do, and the twist at the end is so good that it still makes me shake my head in disbelief thirty years after I first read it.

A stunningly clever piece of plotting.

I love Dennis Lehane’s work. For me, he’s one of the best American crime writers alive today.  This is one of his earlier books from his Kenzie and Gennaro series; a male and female partnership of private investigators based out of Boston.
It’s about the disappearance of a four year old girl who’s abducted from her home. After the police search reveals nothing her uncle and aunt hire Kenzie and Gennaro to try and find her. It’s a beautifully written, fast-paced and ultimately very moving book, with a brilliant, completely unexpected ending that was so tense it left me emotionally drained.

But that’s Lehane’s talent. He can drag you into a story to such an extent that it feels almost like what’s happening is real. I’d recommend this to anyone.

A Dance at the Slaughterhouse by Lawrence Block

Block is an American author very much influenced by earlier crime writers like Raymond Chandler, and his series featuring New York PI, Matt Scudder, is one of the best in crime fiction.
A Dance at the Slaughterhouse sees Scudder plunged into New York’s sex for sale underworld as he stumbles across a brutal snuff film. It’s a dark, pacy book that stayed with me long after I’d finished it. It also had a huge influence on my own writing, especially my debut novel, The Business of Dying.