There’s no easy way to break this to you, but by the time you get to my age white wine is no longer your friend. Speaking as someone who once spent four days with barely an afternoon nap to sustain her, holed up at the Hotel Du Cap during the Cannes Film Festival with a selection of debauched movie moguls AND George Clooney – then went straight to work on Monday morning – you know it’s a subject I have some experience of. 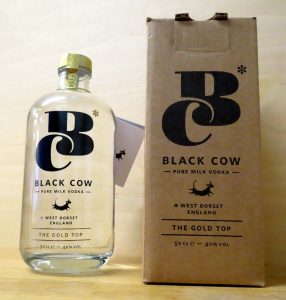 All those past decades when a problem, large or small, could be diminished by a vat of golden elixir are well and truly behind you. Facing forward to the arid alcohol free decades ahead is enough to make any woman reach for the Chardonnay but truth be told, and that’s what we’re here for, it’s time to find new pleasures. Firstly, if you can’t resist, lubricate your woes with a lunchtime tipple over the Sunday roast instead of an evening indulgence, while you unburden your woes to your best friend. Any sleepiness will be long gone by suppertime.
Better yet, unless you’re a serial socialiser, is the no drinking at home rule, which guarantees you at least half the week liver cleansing. The alternative, as anyone who’s approaching their fifth decade and beyond will know to their cost, is the horror of early hours awakening; remembering humiliations of the past, emails you’ve forgotten to answer and random items that need to go on the shopping list, all preventing your return to peaceful slumber.  Sleepless nights, miserable moods and skin that’s plumped up, but only thanks to sugar saturation, are all the enemies of elegant ageing. As we all know, as we get past middle age, there’s a price to pay for every pleasure.

‘When it comes to vodka forget the Russians’

But wine, as I’ve said, is not your friend. Neither is excess. So I’ve turned to the unpleasantly named, but supremely effective Skinny Bitch for salvation. A single vodka, fresh lime and soda at the end of a fraught day makes your partner seem bearable, your children charming and work the next day a welcome diversion r ather than a tortuous necessity.
There are those with unrefined palettes who think that all hooch tastes the same, I pity them their ignorance. When it comes to vodka forget the Russians, the designer bottles and the glitzy ad campaigns. Instead, like most good things, look to the West Country, and Dorset in particular, where Black Cow Vodka, the first to be created from milk by-products, was born. Through a scientific process too complicated for me to explain (or understand), they use discarded whey to create the most ridiculously delicious and silky smooth vodka on earth. To my mind it’s almost a crime to dilute it! So, if you fancy following my lead, ease off on the grapes and switch to the grain for your occasional tipple and make it a Skinny Black Cow. Cheers!
Black Cow Pure Milk Vodka, £25.75, https://www.blackcow.co.uk/buy-me/50cl-vodka