In the recent election furore it’s all too easy to be deluded into thinking we’ve become a nation of envious, isolationist, introverts. So I was struck by news of the success of a recent campaign, launched by The Sun newspaper to crowd-fund a civil justice case against the perpetrator of the Hyde Park bombing. Here you had citizens across the nation, moved by the distress of those who lost loved ones (and a few by the equestrian carnage), contributing to a legal fund for total strangers. With our political agenda often centering on selfish impulses and self protection it can seem surprising when ordinary men and women give up their hard earned money to assist a cause where the sole benefit will be seeing justice done. As a nation we are revered for our philanthropic efforts yet like so much of what is great about this small island nation of ours that spirit of benevolence is hard to see reflected on the political map. It was highlighted again when the philanthropist Bill Gates made a speech in London this week urging the UK to maintain our Overseas Development commitment, ring-fencing 0.7% of our GDP for international aid -a promise perpetually under peril in a climate of cutbacks. It’s an act of generosity for which we are admired across the globe. For the small impact it has on our pockets the immense importance of the opportunities we provide and goodwill promoted in tiny communities far from the reach of news reports is unquantifiable. 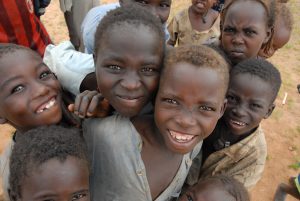 I’ve visited D.F.I.D funded training centres in Kenya and infrastructure projects in Uganda, clinics in Liberia and rehabilitation centres across that continent for those scarred by civil war and sexual violence. A small issue solved far away can have a huge impact closer to home whether it’s increasing opportunity or reducing the inequity that leads to discord. Our uncelebrated national pastime of reaching out to pull those struggling up beside us is an admirable one. With the world as divided and precarious as it’s ever been we citizens, rather than politicians need to show the way. Given the encouragement to exercise them most people I encounter have hearts as big as planets. Coming together in generosity and goodwill is so obviously the best way to swerve away from the darkness that can sometimes seem all encompassing.