I’d love to say I’m freshly back from Cannes but it would be a lie. Two days of play with old friends and new, on the sun kissed Cote d’Azur and I feel like the only liquid flowing through my veins is Bandol Rosé. At my age the chance to act with carefree abandon is rare and churlish to turn down. Thanks to the hospitality of Graydon Carter, Johnny Pigozzi and Charles Finch, who continue to organise irresistible, intimate annual parties, my weekend celebrating the opening of the festival has been a tradition of 20 years standing. Most of my favourite adventures have taken place there with my best friend Natalie though more recently my husband, has begun accompanying us to keep us out of serious trouble. And trouble was definitely what we got up to over the decades. There was the year we sneaked Gerard Butler, unwilling to trek back to his Cannes hotel after the Vanity Fair party, into our friend’s guest room and out again before they rose. Hugh Grant borrowing Natalie and my shared bedroom at Johnny Pigozzi’s for a pre-premiere swim and nap as his hotel was a wasps nest of fans and our legendary three day bonanza with George Clooney and mates when we were dubbed the Pigeon Sisters after the cackling girl pals in the old TV show The Odd Couple! 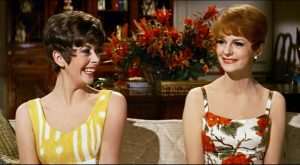 Our long-time host Pigozzi once declared that we really needed only a bidet to call our own, so seldom were we in our rooms sleeping. Nowadays I tend to get back long before the cock crows but the sense of utter abandonment remains the same, from the moment I land at Nice airport, clutching a bag full of borrowed finery (thanks to Mulberry, Alice Temperley and Charlotte Tilbury) , to my return, much the worse for wear but fueled by frivolity ready to face another year of work and much, much less play! There have been upsets over the years, notably when the Hotel Du Cap bar, the exclusive epicentre of festival partying was closed for the duration of the weekend after things had got out of hand the previous year. I realised we’d all gone too far when the tee total head of a Hollywood studio burst from the bushes onto the hotel steps at 5am brandishing an armful of champagne, stolen from the hotel wine cellar, to keep the party going! The shut down didn’t last, probably because the takings more than compensate for the four am finish for their hotels relentlessly charming waiters. Those may have been the glory days; recently there’s been an absence of the sort of star clusters that once saw the likes of Robert De Niro chatting to Naomi Watts, Uma Thurman sharing a joke with Benicio Del Toro, Meryl Streep being introduced to Matt Damon, Russell Crowe, Kirsten Dunst and Susan Sarandon gossiping in a corner. Nowadays supernova’s travel alone and appear only in orchestrated photo calls with their fellow cast members or partners before being shuffled off in private jets. Today’s movie stars eschew the once sizzling social carnival by remaining only long 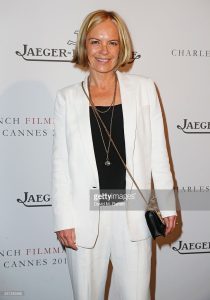 enough to fulfill contractual obligations (unless they’re on the judging committee). It’s a loss to the atmosphere of the festival and perhaps a sign of the times. In an age of Twitter and Instagram there’s not a second of ‘downtime’ allowed (as Justin Bieber discovered this week) allowed and the demands for ‘selfie’ appearances alone are enough to send any reasonable movie star hurtling back to their secure mansion. The film industry today is a much more brutally ‘commercial’ business than it was twenty years  ago; with promotional opportunities, product placement and ‘ambassador’ deals sewn up tightly, while every fan is a smartphone wielding, social media addicted, paparazzi in the making. This year my award for good sport goes to Leonardo Di Caprio, the only actor to show up at all three knee’s ups over the weekend, displaying an old fashioned commitment to bygone days when a festival offered an opportunity to let your hair down and celebrate film and film makers rather than a brand owned parade of reluctant talent there to whip up box office takings.