Normally I’d rather have root canal work than watch myself on screen and some of you will understand why if you watched last week’s debut episode of Drive on ITV1. A gold medalist when it comes to self criticism, awareness of my nervous tics, angry tortoise movements and facile throwaway comments as they occur is painful enough in real life, but revisited on screen, double life size and in unforgiving close up is so much worse. As the opening titles to the series played out I tried to slink up to bed, Snore in Peace tea in one hand and handful of erotica in the other (work actually…. I’m editing an anthology). Instead I was hijacked by my family who having lived through my trials and tribulations in real life, during the cold January weeks of filming were determined I endure the end result in their company. It’s pretty terrifying watching yourself in a heavily edited ‘reality’ show when your ‘persona’ has been created in the edit suite and both your kids are right next to you on the sofa. Not that I can entirely disown my onscreen character. When I ticked off competitive athlete Colin Jackson for deliberately smashing into me on my first tentative crawl around the Coventry Speedway in my orange Banger with “Not funny, not nice” (and later but not shown “unsporting”) my 10 year old son Dan raised his eyebrows and said “Mum, you sound just like you do at home!”. Luckily Johnny Vegas kept them distracted from my defects, his self-deprecating jokes and devil may care driving as welcome on TV as they were during the long days recording the show. Watching last weeks Drive was an eye opener in more ways than one. The bone jolting impact of that unexpected smash into my car from athlete Colin; the repercussions of which will be revealed further down the line wasn’t highlighted, which makes me wonder how upcoming events will be explained away. Meanwhile having never watched an episode of X Factor I thought Louis Walsh was just a kindly older gentleman with a Simon Cowell fixation who loved being the focus of attention. Still as he said many times during his brief tenure on the programme “the camera loves a little friction” and he clearly decided to create some. The most pleasant surprise was the reaction of the army of initial sceptics on Twitter and elsewhere; sure they were going to be served another puerile programme full of has-beens, (not the worst insult I’ve had leveled at me over the years by the way), who afterwards grudgingly admitted Drive had entertainment value. I’ll certainly be tuning in again tonight because I know what’s coming! Drive 9pm on ITV1. 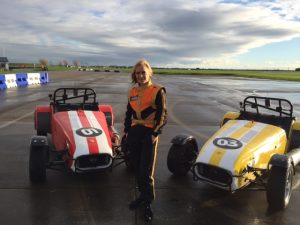